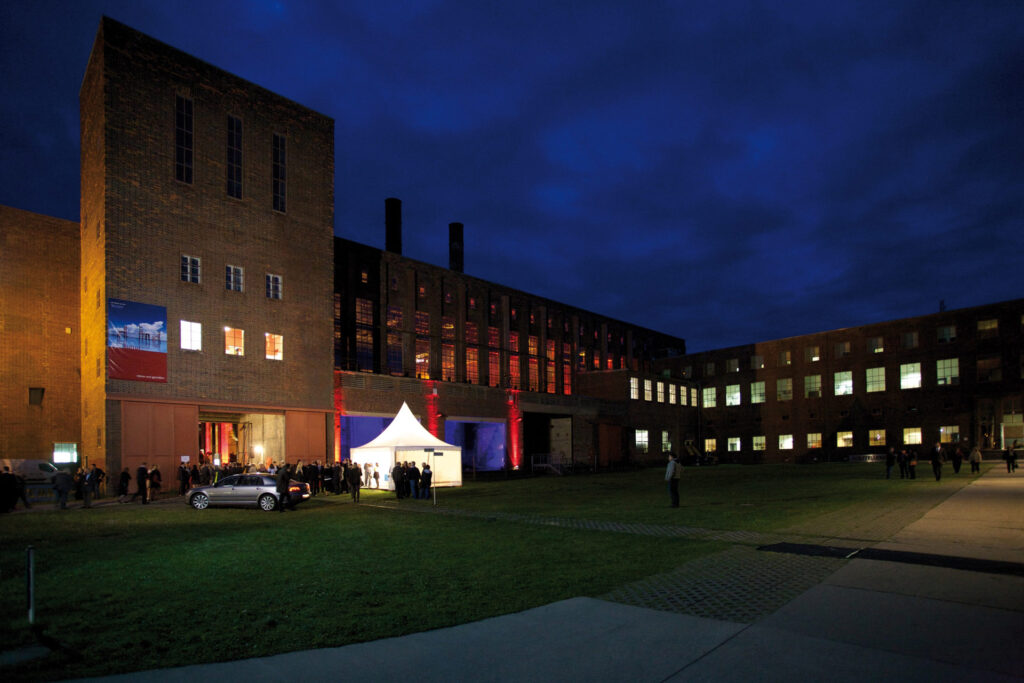 Developed in 1936 in order to help Hitler in his quest to control the world, Peenemünde was the Nazi ballistic missile and development site where hundreds of thousands of people were enslaved and murdered under the orders of future chief of booster development at NASA Wernher von Braun, and military advisor General Walter Dornberger. At the end of World War II, both von Braun and Dornberger surrendered to the Americans. Former SS officer Wernher von Braun lent his expertise to the space race and eventual first landing of a man on the moon. Today Peenemünde houses a resonant concert hall seating well over 1200, exhibition spaces, a museum and information center that hosts ca. 350,000 visitors yearly. For it’s first on-site offering in 2002, envisioned as an initiative for world peace by Festival Manager Thomas Hummel, Maestro Mstislav Rostropovich conducted over 250 musicians in a single, sold-out, ground-breaking, historic performance of Benjamin Britten’s “War Requiem” in Peenemünde’s cavernous turbine hall. “…a strangely timed musical memorialin a former Nazi compound touches the heart” (James Oestreich in The New York Times)

Click here for the ticket portal
We use cookies on our website to give you the most relevant experience by remembering your preferences and repeat visits. By clicking “Accept All”, you consent to the use of ALL the cookies. However, you may visit "Cookie Settings" to provide a controlled consent.
Cookie SettingsAccept All
Manage consent

This website uses cookies to improve your experience while you navigate through the website. Out of these, the cookies that are categorized as necessary are stored on your browser as they are essential for the working of basic functionalities of the website. We also use third-party cookies that help us analyze and understand how you use this website. These cookies will be stored in your browser only with your consent. You also have the option to opt-out of these cookies. But opting out of some of these cookies may affect your browsing experience.
Necessary Always Enabled
Necessary cookies are absolutely essential for the website to function properly. These cookies ensure basic functionalities and security features of the website, anonymously.
SAVE & ACCEPT